POST-HURRICANE MUSINGS - The Morning After 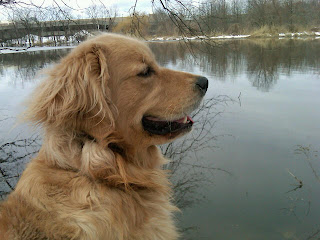 THE QUIET BEFORE THE STORM: Breath as a Centering Force

Class is in session. But are you?

You can. Definitely. But how?

With the breath, that’s how.

At first, the busy-ness of the day stays with you: shoulders remain taut and hunched forward protectively, jaw clenched tightly shut, abdominals drawn into a tense knot, the breath erratic, the mind everywhere but here.

But slowly, the instructor’s voice reaches you. “Come to a comfortable seated position … a posture of comfort and dignity.” You hear her saying, “Feel your sitbones firmly anchored on the mat …”  OK, you know how to do that. You do that.

“Breathe in …” she says. “Pause for a moment … hover …”  “Breathe out …”  The invitation to be present to the breath arrives, and after a few rounds, barely heard, finally, you hear it: the invitation to let things be just as they are. The instruction to  “allow your thoughts to rest in the hammock of the breath” reaches you, as if for the first time.

And so you do. You take that first wave breath, following its oceanic movement: in … pause … out … pause. Again. Attention resting, finally, at the point of entry and exit, and not on anything else.

The tug of the day is still there. But it’s quieter now, less insistent. It can wait. It will wait.

Because you are busy now with what you need to do: breathing in, breathing out, watching the breath, attuning to the breath. Nothing else is happening right now. In this present moment, this is all that is happening. And that is enormously captivating, and comforting.

And slowly, slowly, thoughts settle, and the mind quiets.

Class is in session. And, finally, so are you.

Posted by stoneyoga at Wednesday, August 08, 2012 No comments:

A JULY 4th MEDITATION ON FREEDOM

The Fourth of July is generally accompanied by serious BBQ-ing, way too many flyers in the newspaper, sales galore, and extra hours in the mall. Let's face it: it's hard to focus on the historic context of the day. But, if we choose to, we can take a moment to reflect on the meaning of the day a nation stood up for its rights and fought for its freedom.

Yoga presents us with a roadmap that can lead us to our own personal Independence Day: "Kaivalya." The Yoga Sutra of Patanjali speaks of this in the fourth chapter, verse 29, in its teaching about "DharmaMeghahSamadhi."

Far from being a remote or ancient concept that no longer has relevance in our lives, DharmaMeghahSamadhi is most timely. When we walk the yoga path, we fine-tune our discernment. When we do that, we attain freedom from our attachments, illusions, and our endless - and ultimately unfulfilling - yearning for reward. When that happens, we catch a glimpse of our essential, true nature, which is Unity Consciousness, and we are showered with an understanding of the right path that is uniquely ours to tread. We become completely absorbed in Spirit. This is freedom as defined in the Yoga Sutras, yoga's quintessential text.

Note: "Dharma" means a path of righteous living, virtue, ethical behavior, justice, and all that helps us move toward our spiritual best. When we live a yogic life and practice all eight limbs of yoga (not just asana!), we move forward on this journey toward grace, light, and spiritual freedom.

Here's a translation from Mukunda Stiles: "One who is free of self-interest even from the attainment of the highest realizations, who possesses constant discrimination, is showered with virtue from being absorbed in Spirit."

This July 4th, by all means, let's enjoy the day, the official start of the summer season with its vacations, staycations, days at the pool, fireworks, and a lighter way of being. But let's also take time to reflect on the deeper meaning of freedom ... for this country, and for ourselves.

When life is stressful, slowing down the breath, especially the exhalation, can help bring renewed calm and a more relaxed state of body and mind.

Sit on a chair, meditation cushion or yoga bolster, in a posture of comfort and dignity. You can also lie down on your back for this pranayama experience; support your head and neck, and your knees, so that you are resting very comfortably on your mat.

Now, as you breathe in, notice the length of the inhalation - you might count "beats" in your head: "inhale - two - three."

As you breathe out, slow down the exhalation up to twice the length of your inhalation - you might count "beats" as follows: "exhale - two - three - four - five - six."

Don't strain, and do not hold the breath; this pranayama is meant to be comfortable and easeful. You should feel comfortable at all times.

Repeat this for several rounds, for 1-2 minutes. Then, return to your natural breath and notice how you feel.

TIPS FOR TEACHERS: Where Do You Stand?

Do you always teach from the front of the yoga studio, with your students facing you? Of course, that's where you would want to be ... much of the time, unless you're moving around the room to offer gentle assists or whispered words of encouragement or guidance.

But there are some times when you could refine your teaching by positioning yourself at a different spot in the room, with better results.

The Problem: You are teaching a creative sequence that involves moving the class from, say, Warrior I, to Warrior II, to other poses sequenced into the flow. Your students will be facing the front of the room when you first start the sequence (Mountain, Warrior I, Sun Salutation); then they will face the side of the room for Warrior II and perhaps some other fun "open hip" poses (Stargazer, Side Angle, Half Moon) that you've choreographed into the sequence. To do the sequence "on the other side," the class will be transitioning to face the other side of the studio.

And where are you? At the front of the room, where most of your students can't see you for a large portion of the sequence.

Your beautiful demo isn't going to be effective if no one can see you, or your students have to crane their necks to see what you are doing.

Is there a better way? Yes.

The Solution: When the class is facing the side wall of the studio, GO OVER THERE and demo the poses while facing the class. When the class faces the front of the room, MOVE THERE. And when you lead your class through the sequence on the other side, MOVE AGAIN, this time to the other side of the room, so that it is always easy for your students to find you, and for you to see them.

There are three rationales for this:

- we want our students to be able to see us, so why not make that easier for them?

- when we stay glued to our mats at the front of the room, our students will turn their heads in order to see us; this has them twisting their necks uncomfortably, or moving in ways that take them out of proper alignment, and might strain necks, shoulders, low backs and knees.

- it is WAY easier to move one person (you, the instructor), rather than an entire class; this is simply more efficient.
Try it and let me know how it works for you!
Posted by stoneyoga at Thursday, May 17, 2012 1 comment:

You're teaching an awesome class. Textbook perfect. Everything's going well. Until that one moment when you see the entire class turning THIS way, when you really wanted everyone to go THAT way. Argh!

It's a common problem for yoga teachers, and one that's easy to correct with a little practice and a lot of mindfulness.

The Problem: As we teach, we give multi-layered instructions. Turn to the right. Step the left foot forward. Side-bend right. Inhale. Exhale. Nothing wrong with that. The issue is that our students know us ... sometimes too well. They assume we will always go to the right first, for example. Or they just did a sequence on one side, and they assume they know what's next. But they don't necessarily remember the sequence -- or you've choreographed an element into the sequence before repeating it on "Side B" ... but they don't know that and assume they'll go through the sequence to the other side NOW.

The students are with you one moment; the next moment, they've gotten a step ahead of you.

What's a yoga teacher to do?

The Solution: We tend to give the breath instruction first, and then we add the movement instruction. E.g., "inhale and elongate; exhale and twist left." Breath first, then movement. This works really well most of the time. Except when it doesn't, and the entire class just went the wrong way.

Know exactly what you would like your students to do. Now, plan the movement that's coming up, and give a more nuanced instruction than the one you usually offer. If you need the class to "twist left" next, give the DIRECTION first, and then very quickly add the breath instruction. E.g., "Inhale and elongate; SIDE BEND LEFT ... exhale." Movement first, then breath.

In this example, the movement instruction comes a split second before the breath. Students will still do the movement with the correct breath, but now, they will be more certain to move to the side you intended, because you caught the potential for confusion just before they move again. You've caught them in the moment before they move -- and that is when you need to give that more precise, differently-timed instruction.

The best place to practice this technique may be on "Side B" of the sequence you're teaching.

By adding a heightened degree of mindfulness, and precise movement and breath instructions, your students are likely to follow your lead even better, making for smoother transitions and a more elegant teaching style.

Try it and let me know how it works for you!

Posted by stoneyoga at Thursday, April 26, 2012 No comments:

On the eve of Good Friday, Easter and Passover, I can't help but stand in awe of the connection between Passover, Easter and yoga.

How's that? Let me explain.

Easter celebrates the miraculous rebirth of Jesus. A dying, and a returning to life everlasting.

Passover celebrates a people's move from bondage to freedom. A dying of the confined and restrained soul, to be reborn as a new nation.

And Yoga? Yoga is the discipline of freedom. Yoga celebrates our diligent practice, and our capacity for attaining "moksha" (spiritual freedom), by giving us a roadmap for going deep within, using Patanjali's Eight Limbed Path as our guide. What dies? Illusion and attachment. What is reborn? Nothing less than the true self.

So, whatever your background or belief, celebrate this weekend, when so many energies flow together in such extraordinary synchronicity. Tell the story of the exodus. Share the promise of immortality. And practice yoga, and dance the dance of "moksha."  Freedom.


Happy Holidays to All !
Metta,
Charlotte
Posted by stoneyoga at Friday, April 06, 2012 No comments:

stoneyoga
I'm a yoga teacher and coach dedicated to the promotion of safe, sensible yoga, stress-reduction techniques, and healthy lifestyle choices. I offer professional yoga teacher trainings and mentor yoga teachers from various traditions. Empowering my students by educating them about their optimal yogic and/or life journey is my passion. And, did I mention: I love to laugh!